CINCINNATI — Bach, Handel and Mozart — those are the names you expect to see in a symphony orchestra program. In more recent years, American and Russian composers have joined the canon, such as Copeland, Tchaikovsky and Gershwin.

But a pattern remains: Overwhelmingly white, western and from a different century.

Fans of the Cincinnati Symphony Orchestra (CSO) know, however, that’s not their entire repertoire. For years, the CSO has held shows for contemporary, gospel, film scores, folk and showcased composers from around the world. Still, the image is there, and they hope a new hire can help change that.

What You Need To Know

The Cincinnati Symphony Orchestra hired Harold Brown as its first chief diversity officer
The role is part of the 10-part plan to improve diversity, inclusion and equity
Brown is focused on recruiting diverse staff and attracting a diverse audience
He hopes to improve the CSO’s involvement with Cincinnati neighborhood leaders

Harold Brown was born and raised in Ohio, growing up as he calls it “on the mean streets of Oxford.”

He said music was always a part of his life, but not necessarily the kind of music he’d associate with a symphony orchestra.

“I played an instrument through middle and high school,” he said.  “I’ve always sung in choirs from a child in my church to my high school choir, college choir (and) church choir more recently.”

But most importantly, Brown loved it.https://latakoo.com/-/videoembed/8487382/

He went on to Harvard where he studied government and from there he began a career in public policy and later nonprofits. When he returned to Ohio, he became a leader at a number of philanthropic organizations such as KnowledgeWorks. There he focused on equity work, closing achievement gaps and education reform.

Brown said he never expected his career trajectory to land him at the CSO.

“When this position became known to me, I asked myself that question, too: I said, ‘Well I don’t have a classical music background but I’ve done lots of DEI (diversity, equity and inclusion), equity-focused work in other sectors,” he said.

He was one of more than 80 applicants from across the country for the CSO’s chief diversity officer position. It’s a first-of-its-kind position for not only Cincinnati but for orchestras of its size across the country. As Brown stepped into his role in March, he said he only knew of one other.

“I was on the phone with my counterpart in Philadelphia who just assumed this position in November,” he said.

Brown said the CSO entered his sphere a few years ago through their annual show, “Classical Roots.”

“Combining gospel music with the symphony was something that was very powerful for us so we became league donors and brought other people to those concerts and then we started to come to additional CSO concerts,” he said.

Brown believes shows like that have the power to open doors. He knows from experience it did for him.

“Folks who may not want to or never have or maybe even fear coming to Music Hall for a traditional performance, it’s a way to expose them to that genre,” he said. Brown at his desk

It’s also what Brown said attracted him to leave his seat in the audience and join the CSO leadership team, though he said their efforts to improve inclusion and diversity did not start and end with him. The CSO launched a 10-point, 10-year Diversity, Inclusion and Equity plan last August.

“The CSO had already started a very aggressive plan that we will continue to build on and hold ourselves accountable for,” he said.

In his first few months, Brown said that will mean a lot of listening and learning. He’s still meeting with staff, performers and community members. From there, Brown hopes to build on the existing structure and goals the CSO has in place to recruit and train a more diverse staff and attract a more diverse audience.

According to CSO president Jonathan Martin, just 1.8% of orchestras across the country are Black and about 2.5% are Hispanic. Those statistics do not represent the country and they don’t represent Cincinnati, he said.

That’s why Brown said training and recruiting performers that represent their community is so important.

“We want to be in that game we want to be out there making sure the CSO has every opportunity to bring those folks in,” he said. 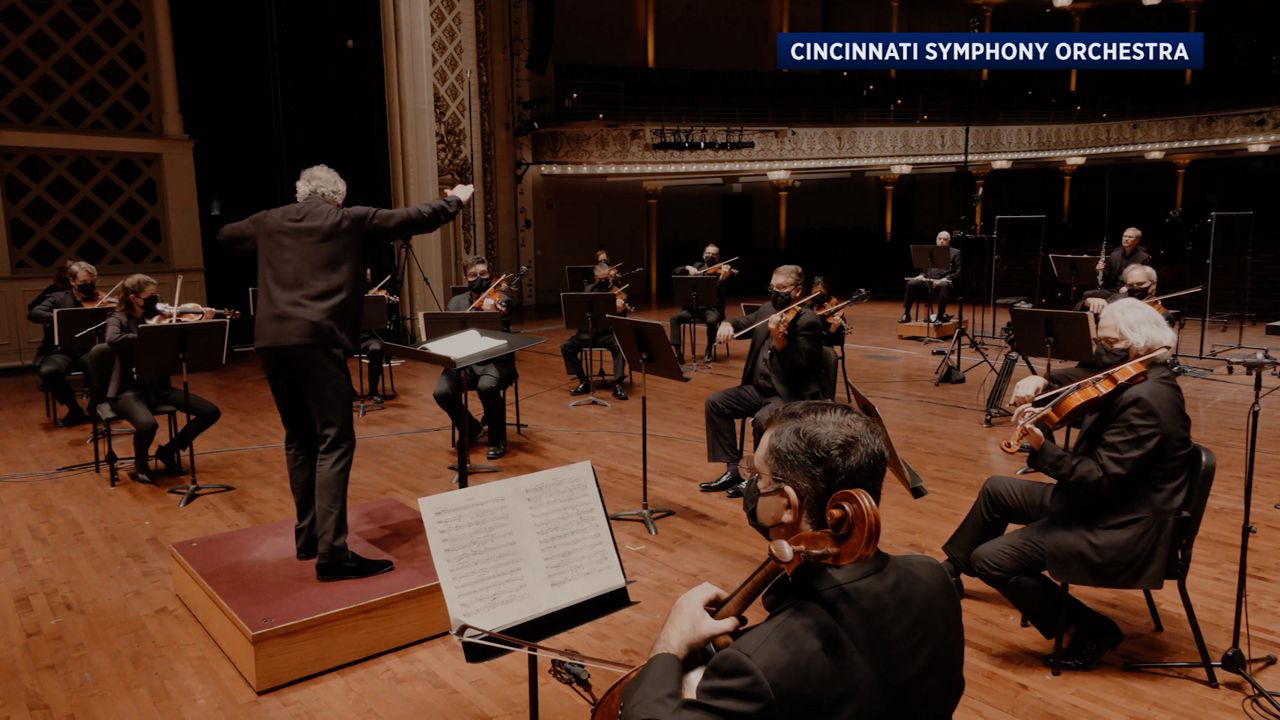 Despite the difficulties 2020 brought to the CSO, he said there has been a lot of innovation he’s hoping to build off of.

“The digital work that we’re doing has opened up a brand new vista,” he said. “That isn’t going to be just until we’re open again that’s going to be I understand a permanent part of what we do.”

Brown said it makes the CSO more accessible and he hopes it opens up more doors to Cincinnati audiences, though he said there is plenty more room to grow. For that, Brown said, he’s relying on local leaders to help him out.

“We’re not there. We’re not raising our hands and saying we’ve arrived because we’ve hired this position and we have a diversity equity and action plan,” he said. “But I hope the community works with us, shares ideas and gives the CSO the opportunity to demonstrate that the commitment to a more inclusive experience is genuine and authentic.”