The Confederate Flag Didn’t Bother Bubba Wallace…Until It Did.

Darrell “Bubba” Wallace Jr., the only black driver in NASCAR’s top racing series, has drawn widespread attention and acclaim for his principled stand that got the Confederate flag banned from races in a largely white sport.

Yet, after years of often quiet acceptance of the sport’s “racist label,” as he put it, nobody was more surprised than his mother that he had become a central figure in the sports world’s upheaval regarding race.

“I was shocked,” his mother, Desiree Wallace, said in a telephone interview. “I said, ‘Wait a minute, is this my son? The one who doesn’t really care about anything but getting in the car and driving?’ I’m tripping that he’s gone from being a racecar driver to becoming a daggone activist. Who does that? Not Bubba.”

Yet a series of events, particularly the killing of a black man, Ahmaud Arbery, while he was jogging in a predominantly white neighborhood in Georgia, flipped a switch in Wallace, he and those who know him said.

Unlike other African-American athletes now speaking out in a tide of conversation and debate around race and denouncing police brutality, Wallace has found his voice in a sport surrounded by white peers. Many have supported him, but others have stayed silent.

For a long time, Wallace, 26, tried to focus solely on racing and not disturb the culture of a sport whose fan base remains predominantly white and conservative. From the time he first started racing a souped-up go-kart at age 9, his main concern was simply going fast and crossing the finish line first.

Wallace, who was born in Mobile, Ala., but grew up in the heart of North Carolina’s NASCAR country, would show up at races with his father, Darrell Sr., who is white, and sometimes his mother, who is black. Wallace put on his helmet and blended in.

“I never saw color and never thought I was treated differently because I was black,” Wallace said in a telephone interview. “I was way too young to understand what a trailblazer was or a pioneer was.”

When he was about 13, though, a driver’s parent and a race official called him a racial slur, prompting Desiree Wallace to sit her son down for a serious talk.

He asked her what the slur meant.

“Those are ignorant people, Bub,” Desiree Wallace recalled telling him, using the short version of the nickname his sister, Brittany, gave him when he was a baby.

She went on to explain: “You don’t use violence and you don’t fight them when they say that to you. You get them back by winning. You earn their respect by winning.”

Still, Wallace’s mother made clear the challenges ahead.

“You’re in a white man’s sport and not everything is going to be easy for you,” she told Bubba.

He said, “OK, mom. I understand, mom,” and headed to his room to play a video game.

As Wallace made headway in the sport, it was clear NASCAR saw his potential to broaden its pool of competitors and its audience.

When he was 16 years old in 2010, he earned a spot in NASCAR’s Drive for Diversity development program.The racing academy is headed by Max Siegel, a lawyer and former president of global operations for Dale Earnhardt Inc. It serves as a training ground for the most promising women and minorities in the sport.

Wallace still had braces on his teeth when he showed up with a level of determination that immediately impressed Siegel, who recalled this week that Wallace “was the entire package” because he was smart and showed immense talent.

“He’s had a maturity about him from the day I met him,” said Siegel, who became chief executive of USA Track & Field in 2012 but still runs the Drive for Diversity development team, Revolution Racing. “He’s never compromised himself as a person, good, bad or indifferent, and he’s got a lot of authenticity to him.”

Siegel said Wallace began to understand the extra burden he carried because he represented an entire community of people who were underrepresented in the sport, and he took that role seriously.

Wallace graduated from the development program, and in 2013 he became the first black driver since Wendell Scott in 1963 to win a race in one of NASCAR’s national series. In 2017, he signed on to drive the famed No. 43 Chevrolet full time for Richard Petty Motorsports in NASCAR’s top series. Every day, he said, he batted away racist comments from the sport’s fans on social media.

The critics nagged him so much that he was moved to pin a message on his Twitter page reminding everyone that he will be known as “the black driver” for years because there is only one African-American athlete at NASCAR’s top level. “Embrace it, accept it and enjoy the journey,” he said.

He has tried to enjoy that journey without raising alarm at the lack of diversity among fans or the Confederate battle flags they have often displayed in his presence.

“The only flag that mattered to us was the checkered flag,” Desiree Wallace said, adding that the Confederate symbols never bothered her at the track because she was more worried about Bubba staying safe during races.

Recent Changes Sparked by the Protests

Ryan Blaney, a top NASCAR driver and Bubba’s close friend, said they often mingled with fans on race weekends, heading to the infield of tracks where campers are known to party all night.

They would challenge fans to beer pong competitions and play what Wallace called “redneck Jenga,” in which people try to dismantle a stack of two-by-fours without toppling them. The drivers would laugh and sign autographs, while the fans’ Confederate flags flew atop motor homes and pickups.

A standout, but not always for winning

Yet Wallace said he has struggled at times. In the back of his mind, he understands that to keep his job in the top series he must start winning.

63 Years Later, a Confession in a Legendary Yankees Scandal

In 88 starts, Wallace has had only two top-five finishes and six top-10 finishes. On Monday, he said being winless since 2017 “has been eating at me every day.” Also, his team, as well as many others in NASCAR, has struggled to secure lasting sponsorships.

Darrell Waltrip, a retired three-time NASCAR Cup series champion, said performance is crucial for everyone in NASCAR, but that it is especially important for Wallace, who wants to use his stardom to make an impact outside of the sport.

“I don’t care who you are or what you’re talking about,” Waltrip said, “If you want people to keep listening to you, you have to to run up front with the big boys and can’t just be in the middle of the pack. You’ve got to perform to have any credibility in any sport.”

That burden, Wallace said, has only grown heavier as his life has grown more complicated.

Last year, he admitted publicly that he has battled depression for many years. Desiree Wallace said her son was especially bothered in 2016 when she and Darrell Sr. separated and later divorced. The parting was acrimonious, she said, and Bubba Wallace’s relationship with his father has been rocky since then.

Part of the reason for his tears after he finished second in the Daytona 500 in 2018, Desiree Wallace said, was that Bubba’s father wasn’t celebrating with them at the track. That finish is still his best result in the top series.

While Wallace has been mindful, he said, of upsetting current and potential sponsors, his perspective changed last month, when one of his cousins shared the video of Arbery’s killing on Instagram.

Wallace said he stayed up that night to watch the video again and again. The idea seared into his brain, he said, that a black man, one who was just about his age, could be gunned down on a jog by white people who appeared to hunt him. He said he can still hear the gunshots in his head.

The death broke his heart, he said, and opened his mind to the urgency of fighting for racial justice.

Not long after came the case of George Floyd, a black man who died May 25 after a Minneapolis police officer knelt on the back of his neck for several minutes. Wallace sent a group text to other top drivers, telling them he was frustrated that so many of them had been silent about it as people protested around the nation.

He told them that he understood everyone had to be careful of what they say publicly but that it was more important to speak out about injustices.

“Our sport has always had somewhat of a racist label to it,” he wrote to those drivers, he said in an interview on Dale Earnhardt Jr.’s podcast earlier this month. “NASCAR — everybody thinks redneck, Confederate flags, racists. And I hate it. I hate it because I know NASCAR is so much more. I said, ‘Do you all not care about what’s going on in the world?’”

Many of his peers, he said, listened and supported him as he opened up like never before.

Jimmie Johnson, the seven-time NASCAR Cup series champion, organized about two dozen top drivers for a video condemning racial inequality and racism. “It is all of our responsibility to no longer be silent,” they said in the video.

We will listen and learn!#BlackLivesMattters 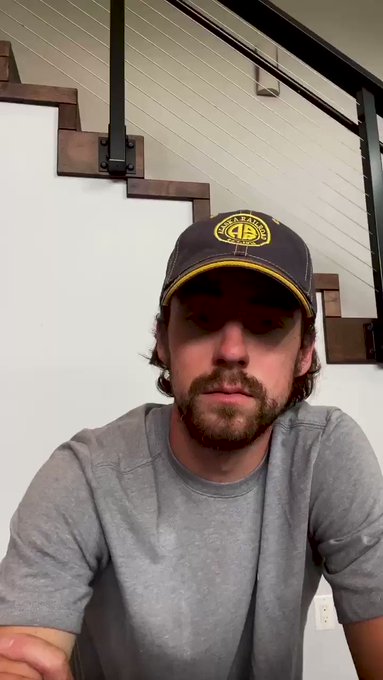 2,395 people are talking about this

On Instagram with another driver, Ty Dillon, Wallace described his experiences with profiling, including getting pulled over by officers who drew guns and doubted he was the owner of the Lexus he was driving.

On the Fox show, “NASCAR Race Hub,” Wallace broke down in tears while reading a text his mother had sent him after Floyd’s death.

“I pray as a mom of a black son that I never have to hear you crying out ‘I can’t breathe,’” the text said. “I love you, Bubba, and your life matters to me.”

Watching from her home, Desiree Wallace cried. “I didn’t know I had an impact on him until that interview,” she said on Wednesday. “It was shocking to me to see how much black lives mattered to Bubba.”

Bubba Wallace said he finally understands the pain his mother felt when his 19-year-old cousin, Sean Gillispie, was shot and killed in 2003 in the parking lot of a convenience store in Knoxville, Tenn., by a white police officer.

The police said he was reaching for a gun but the family and a witness said he was grabbing for his cellphone; the family lost a negligence suit against the city.

And Wallace said he finally believed that the Confederate flag should not be flown at races because it represented hate, not heritage. Two days after telling CNN that, and hours before he raced his No. 43 Chevrolet with #BlackLivesMatter logos emblazoned on it, NASCAR banned the flag.

“My mom texted me just last week to say that God has a bigger plan for me than just being a racecar driver,” Wallace said. “And she was right.”