Fans also took issue with the fact that Cynthia Erivo, the only black woman nominated, portrayed a slave in “Harriet.”

Fans say the exclusion of Jennifer Lopez, Awkwafina, Lupita Nyong’o and Eddie Murphy from this year’s Oscar awards is a glaring example of the Academy’s continued history of omitting artists of color from its annual nominations.

“One Black acting nominee … despite a plethora of chances to reward so many amazing performances from Black, Latinx and Asian actors this year,” tweeted writer Matthew Rodriguez. “One nominee doesn’t excuse this #OscarsSoWhite lineup,” he wrote, referring to Cynthia Erivo, who was the only one actress of color to be nominated for an acting Oscar.

One of the most noticeable snubs was that of Lopez, who was expected to be nominated or her portrayal of Ramona Vega, a veteran stripper in “Hustlers,” a role for which she had already earned Golden Globe and Screen Actors Guild Award nominations.

Instead, Erivo, Saoirse Ronan, Charlize Theron and Renee Zellweger were nominated for best lead actress, and Kathy Bates, Laura Dern, Florence Pugh, and Margot Robbie are up for best supporting actress. Scarlett Johansson was nominated in both categories.

Fans are especially perturbed by Lopez’s omission because they believe it is not the first time the actress has been snubbed. Many state that Lopez should have been nominated for her role as Selena, the iconic Tejano singer, in the 1997 biopic. And further compounding her snub is that had Lopez been nominated, she would have become the first U.S.-born Latina nominated for an acting Oscar since Rosie Perez was up for “Fearless” 25 years ago.

Yet Lopez was not the only actor who inspired tweets with #OscarsSoWhite, a hashtag that gained prominence in 2015 after all 20 actors nominated in the lead and supporting acting categories were white for the second year in a row. 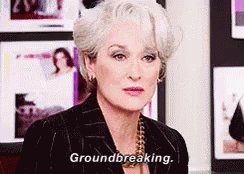 323 people are talking about this