Zozibini Tunzi Is the New Miss Universe. Stop Calling Her a ‘Diversity Win’

“I grew up in a world where a woman who looks like me — with my kind of skin and my kind of hair — was never considered to be beautiful,” said new Miss Universe Zozibini Tunzi during her final remarks at the 2019 pageant. Tunzi appeared at the event held in Atlanta, Georgia, over the weekend, representing South Africa. And she wanted to make it clear: “I think it is time that that stops. I want children to look at me and see my face and I want them to see their faces reflected in mine.”

Tunzi went on to capture the crown, beating out Miss Puerto Rico and Miss Mexico, who were first- and second-runner-up.

And with Tunzi’s win, for the first time ever, Miss Universe, Miss USA, Miss Teen USA, and Miss America are all Black women.

I’m so proud of all these women! They are incredible! 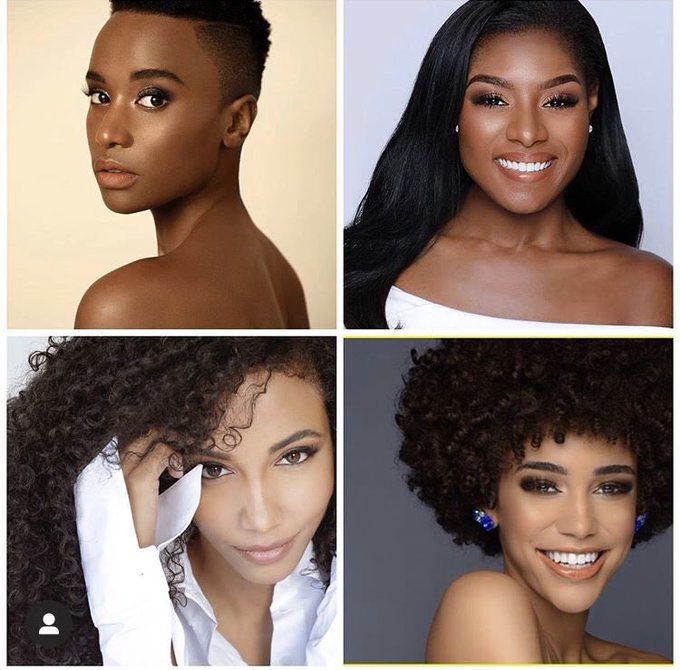 130 people are talking about this

When I competed in the Miss Universe Organization (in the Miss New York USA pageant), I was well aware of the competition’s historical shortcomings. Before Miss USA Chelsie Kryst’s win, it was very rare to see a Black woman or woman of color wear her hair naturally curly or kinky for competition. Tunzi, with her closely cropped hair, has broken yet another beauty barrier in the pageant industry.

a dark skin black woman with short natural hair won not only miss SA but miss universe. the importance of that is not lost on me at all https://twitter.com/mefeater/status/1203878259596898304 … 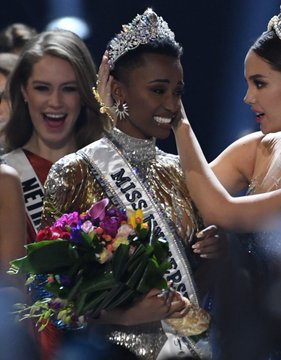 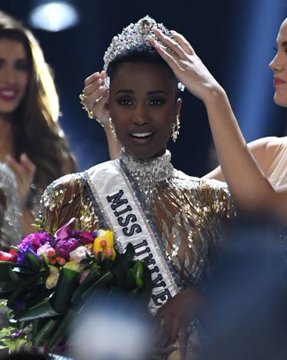 39K people are talking about this

But while Tunzi’s historic win has been receiving mostly positive attention in mainstream media, in the pageant world, there is an undercurrent of cynicism about her victory. On the Bubble Board, one of the most popular forums for pageant fans to discuss and dissect the Miss Universe, Miss USA, and Miss Teen USA pageants, the popular sentiment is that she is just another “diversity win.”

“3 black winners and all questionable. Actually 4 black winners if you include Miss America. I am black but I am sick and tired of Diversity,” one commenter wrote. “No one cares. I could care less that you are bald headed. That is by choice! I do not want to hear sob stories. I do not care that you are a champion of gay rights. This is ridiculous!” (read more)